The Culturalization of Caste in India: Identity and Inequality in a Multicultural Age

In India, caste groups ensure their durability in an era of multiculturalism by officially representing caste as cultural difference or ethnicity rather than as unequal descent-based relations. Challenging dominant social theories of caste, this book addresses questions of how caste survives the system that gave rise to it and adapts to new demands of capitalism and democracy.

Based on original fieldwork, the book shows how the terrain of culture captured by a new grammar of caste revitalizes castes as cultural communities so that the culture of a caste is produced, organized and naturalized in the process of transforming jati (fetishized blood and kinship) into samaj (fetishized culture). Castes are shown to not be homogenous cultural wholes but sites of hegemony where class, gender and hierarchy over-determine the meanings and materiality of caste.

Arguing that there exists a new casteism in India akin to a new racism in the USA, built less on biology and descent and more on purported cultural differences and their rights to exist, the book presents an extended critique and a search for an alternative view of caste and anti-casteist politics. It is of interest to students and scholars of South Asian culture and society. Read blurbs and reviews 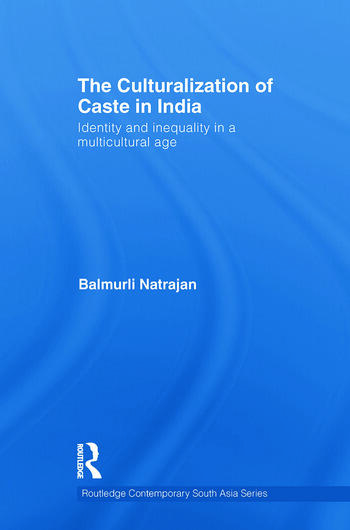 Against Stigma: Studies in Caste, Race and Justice since Durban.

Historical barriers still inhibit comparative frameworks to map and challenge two of the most odious forms of discrimination―racism and casteism.  Both justify themselves on a principle of biological descent; they enable stigma as if it were a natural fact, refusing to see it as deleterious social exclusion.

Against Stigma carries fifteen essays that build upon the energies generated in scholarship as a result of the landmark 2001 World Conference Against Racism, Racial Discrimination, Xenophobia, and Related Intolerance at Durban, South Africa.  The contributors, who represent a multiplicity of disciplines and intellectual orientations, explore comparative aspects of caste and race including conundrums of a globalized discourse and national problematics of racism and casteism.  The editors’ Introduction locates this comparative project around descent-based discrimination in a wide context; the editors suggest that globalization itself holds out the promise of more generalized practices of resistance and emancipation by oppressed national minorities.  A critical bibliography on race and caste is a bonus to students and teachers of Human Rights, Race Relations, Caste Studies and Politics of Socio-economic Exclusion. At a time when democratic movements are sweeping across the globe, Against Stigma presents a fresh selection of authoritative scholarship and instructive debates centred on race and caste, two of the most potent and divisive concepts in the histories of humanity, sociology and human governance. Read more